About J B Carr Diamond Trophy

In 1996, Woodenbridge Golf Club inaugurated the very popular JB Carr Diamond Trophy Tournament which has since become the men’s Senior Club Championship of Ireland for over 60's, with almost 200 clubs from across Ireland participating.

The competition was the brainchild of a distinguished Woodenbridge member and past Captain, the Late Fr. Gerry O’Brien.   His vision was a tournament for mature golfers from all corners of Ireland.   Dr. Joe Carr, expressed keen interest in lending his name to the tournament which was inaugurated in 1996 as the J B Carr Diamond Trophy. The semi-finals & finals are held each year in Woodenbridge Golf Club the first weekend in September.   This year, the final is taking place on Saturday the 31st of August and Sunday the 1st of  September. 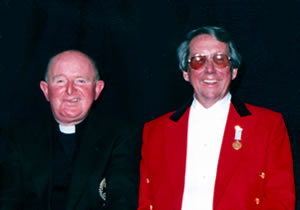